You will be amazed when you step through the gate to this premium hideaway in the Fairfax hills!  Supreme privacy and sweeping panoramic views from every room.  The 3 bedroom/1.5 bathroom home has been lovingly updated through the years with soaring ceilings and a useful floorplan that allows for the best of indoor/outdoor living.  Pride of ownership shows throughout.  Sit by the fireplace and watch the changing light across Loma Alta and Big Rock Ridge.  Immaculate landscaping with decks, gardens and multiple outdoor spaces.  There is a bonus artist studio and an oversized 2-car garage, plus lots of additional off-street parking.  Adjacent to trailhead to open space, great for hikers, bikers and nature lovers.  The perfect home base for your active Marin lifestyle! Click here for more information on 144 Toyon Drive in Fairfax.

As for me, I stayed very close to the home base in Cascade Canyon. Lots of quiet time in the shade, and making the circuit between the pool, the refrigerator, and the grill. Ah, summer!

Speaking of summer, I continue to be involved in at least one death match multiple offer scenario every week. All the same buyers, week after week, competing over the same limited inventory. This is usually the quiet season, and it definitely feels that way with few new listings. But my goodness, when a nice one comes on, all the buyers are there waiting!

It is the quiet season at MAR, lots of people going on vacation, and the politics have gotten quiet as well. Last year at this time it was all-out war over Plan Bay Area, but blessedly this year there is no comparable, all encompassing issue. The density conversation goes on, however. Fairfax is having a town hall meeting next Saturday, July 12 at 1:00 to discuss its General Plan and with it the Housing Element…there is even a banner announcing it across Sir Francis Drake Blvd.

In Corte Madera, rather than face off with a jittery public closely monitoring density, the developer for the 1441 Casa Buena project scaled back his project from 138 unit to 48 townhomes. You can read about itHERE. Everyone in the neighborhood seems much happier with that number.

Thanks to MAR member Diane Hoffman for bringing to my attention and to MAR’s attention the new development in Fairfax where Vice Mayor Larry Bragman is advocating for a rent control discussion in Fairfax. Marin County is currently without any local rent control ordinances, but right across both bridges rent control is alive and well in San Francisco and Berkeley. MAR is looking to learn more about Vice Mayor Bragman’s proposal, and we have alerted the California Apartment Association about this development (which they were not aware of). The matter was discussed at last week’s Town Council meeting, and will be discussed at the next meeting. Stay tuned.

The first “working group” meeting with Ross Valley Sanitary for their new point-of-sale later inspection program will be held this week, so I will report back next week on that matter.

Ross Valley Sanitary did contact me this week to try to get the word out about the increased funding and contribution limits for their lateral grant program. For many years, RVSD had a grant program that would pay 50% of the cost of a lateral replacement, up to $4,000, for a qualifying lateral. That grant was scaled back to $2,000 over the past couple of years. Good news, the program has been re-funded and the grant program is back to the old 50%/$4k level. For more info you can read about it HERE.

Finally, I want to talk about a subject for which I admit I could be better-educated: the Wednesday morning Novato buy/sell and tour. I have from time to time through the years come to the Novato Tour meeting, most often when I have a new listing to present. It’s always been a nice meeting, and it’s seemed to me that the meeting was useful. I’ve also been impressed with the cooperative team spirit among the Novato Tour attendees, and the community announcements and opportunities to give back to the community always seemed to be a step in the right direction.

Several times, I’ve wondered if we shouldn’t have a similar gathering in Central and Southern Marin.

Several weeks ago, without warning, I received three phone calls within a couple of days from members with feedback on the Novato Tour. The overwhelming message I received was that these members found it to not be useful, and poorly attended by Realtor members. Again, this was all news to me.

These members wondered if the useful life of the meeting had been exceeded. So I’m putting it out there to the membership, at least so I can discuss the matter with a level of knowledge:

Is the Novato Tour meeting useful, and a good use of everyone’s time?

My sense is that for many of you, the Novato tour is useful. For others, not as much.

I will report the findings of this admittedly unscientific poll back to the membership in the coming weeks.

That’s it for now. Stay cool, safe travels, and enjoy the summer season!

I wish you a safe and prosperous week.

The average price of a single family home in Fairfax in 2011 was $594,754, and the median price was $560,000.  These numbers unfortunately represent an 11.9% and 8.9% decrease, respectively, from the 2010 numbers.  To arrive at these numbers, I stripped out two uninhabitable homes:  a home with major fire damage, and an unlivable tear-down that was sold for lot value only.

The market is prime for 2012!  Buyers are out there.  Even the national media is saying good things about real estate…and that hasn’t happened in about 5 years.  So have faith, things are looking up in the Marin Real Estate Market!  Throughout the recession, Fairfax has had among the lowest unsold inventory in Marin…things have been selling even in the most difficult of times.  People want to be in Fairfax!  And also note that the beautiful new Good Earth Market is having an extraordinarily positive effect on our little town’s pride and image.  I predict that we will have a steady wind at our back in the 2012 Fairfax Real Estate Market.  I wish you a safe and prosperous 2012!

First time on the market in 32 years! Relax on your big front porch at this rarely-available premium location across from Kenneth “Doc” Edgar Park in the lower Cascades on quiet lower Cypress Drive.

This 3 bedroom, 1 bath charming house will be coming on the market the week of September 19th for $525,000.  More information and pictures to come, visit our websites www.20Cypress.com or www.yourmarinhome.com.

Spectacular views of Mt. Tamalpais and Cascade Canyon await at this sunny, south-facing bungalow in the desirable Upper Cascades. The 2BR/1BA home sits on one of the more usable large lots in the neighborhood, with gently sloping grounds and lots of possibilities. Sit by the crackling fire in the extra-large living room while taking in the outdoors through the many large windows. With refinished vintage floors, the house enjoys numerous period details. There is a 1-car detached garage, laundry room and 300 +/- sq ft workshop/bonus room under the house. With a large entertaining deck, this home allows for easy indoor/outdoor living. Close to trails and the Cascade Canyon open space preserve, this property will appeal to hikers, bikers and outdoor lovers! 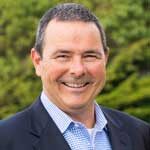